Plant a tree in memory of Terry
An environmentally-friendly option 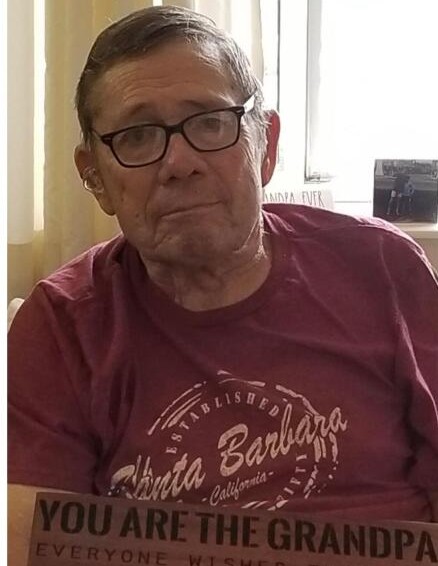 Terry was the owner of Torch Oil Company until 1995. He then started on a new love and adventure. He created and founded Action Auctioneering Company. He beyond loved auctioneering and when his health no longer allowed, he retired in 2015. The Colonel enjoyed auction day and truly loved all his auction customers.  He was a member of the Tebala Shrine, Rockford, IL, Freeport Masonic Temple, and the Stewart Lodge #92 Geneseo, IL.

Terry loved picking up his grandkids up off the bus and spending time with all his grandchildren. His hobbies included, cheering for the Cubs, Bears, Bulls, and Blackhawks. He enjoyed golfing and fishing. He was an expert fisherman and truly enjoyed sharing more stories than actually catching fish. One of his proudest moments was seeing all three children graduating from Iowa State University.

Terry is preceded in death by his parents, sister: Mary Ann Fisher.

A Masonic Service will be held by Stewart Lodge #92 from Geneseo, IL on June 25th, 2021.  Come join Terry for his last party! One party he will hate to miss but will be joining us in SPIRIT! Friday June 25, 2021 from 1:00 P.M. until 4:00 P.M. in the University Club of Rockford, 945 N. Main St, Rockford, IL. Special Thanks Ascension Living Saint Anne Place and their staff for loving Terry. We are extremely grateful for the care that Terry received from Rush Parkinson’s Disease and Movement Disorders Program.

Plant a tree in memory of Terry by clicking here.
To send flowers to Terry's family, please visit our floral store.

A service summary is not available

Plant a tree in memory of Terry
An environmentally-friendly option

Plant a tree in memory of Terry

6 trees planted in memory of Terry

So happy to have known Terry…a great guy and a life well lived.
With sympathy, Jay & Lori Dietz

A Memorial Tree was ordered in memory of Terry M Firch by Kevin & Lynna Beachman .  Plant a Tree

My sincere sympathies to each of you.  May the God of all comfort and surround you with His Peace, and Hope in His promises.
Peace, Cyndi Hlavin

A Memorial Tree was ordered in memory of Terry M Firch by Kenny and Mary Ann Specht and family.  Plant a Tree

You have our deepest condolences dear friend. Good memories with you two over the years. We made fun times!!
Love, Kenny and Mary Ann

Plant a tree in memory of Terry