We would like to offer our sincere support to anyone coping with grief. Enter your email below for our complimentary daily grief messages. Messages run for up to one year and you can stop at any time. Your email will not be used for any other purpose.

Share a memory
Obituary & Services
Tribute Wall
Read more about the life story of Rodney and share your memory.

Rodney A. (Beda) Miller, 82, passed at Serenity Home on Wednesday, July 27, 2022. He was born on January 16, 1940, in Rockford, IL, to Oliver and Nannie (Martin) Miller. Rodney graduated from Mount Morris High School – Class of 1958 – once a Mounder, always a Mounder! He then attended Pressmen’s Home (located in Rogersville, Tennessee) – a trade school for printing. Besides his months of training in Tennessee, Rod lived his entire life in Mount Morris. He married his high school sweetheart, Linda Jewett, on August 3, 1963. He worked a short stint at Blackhawk Printing in Oregon, IL, after trade school. He then got hired at Kable Brothers Printing and worked as a photoengraver for 30 years, retiring in 1998.

Rod was a longtime antique collector and loved to work in the yard and his garden. There was not a plant he did not like. He also enjoyed vacationing with his family in Tennessee every summer while his children were young. His family originated in Dandridge, Tennessee. He and Linda also enjoyed taking several Caribbean cruises.

Rod’s entire life changed in 1993. He became a grandpa twice that year. The grandsons lovingly named him “Beda”, rather than calling him grandpa. Two more grandchildren were born to the family within the next 4 years. His grandkids meant the world to him. He and “Nani” (Linda), also named by the grandkids, enjoyed spending as much time with the kids as they could. The kids say he ruled the roost with a flyswatter if they did not behave, but he was as soft as a marshmallow in their hands. He would secretly let them sneak down the stairs on sleepover nights and raid the kitchen for snacks. We have also very recently learned there were many secret popsicles involved.

Beda and Nani treated the entire Miller clan to a cruise in the Caribbean in February of 2011. The kids still think of that as one of the best times of their lives. They truly loved their Beda.

In 2016, Beda was again gifted with a treasure: a baby great-granddaughter. She became the light of his life. It goes without saying, he will be truly missed.

Preceded in death by both his father and mother, and son, Dirk Patrick Miller.

To send flowers to the family or plant a tree in memory of Rodney A. (Beda) Miller, please visit our floral store. 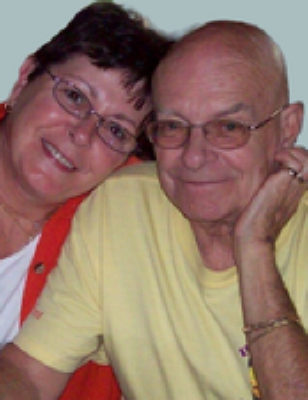 In Loving Memory Of

Look inside to read what others
have shared
Family and friends are coming together online to create a special keepsake. Every memory left on the online obituary will be automatically included in the book.

In Loving Memory Of

Look inside to read what others have shared

Family and friends are coming together online to create a special keepsake. Every memory left on the online obituary will be automatically included in the book.

You can still show your support by sending flowers directly to the family, or by planting a memorial tree in the memory of Rodney A. (Beda) Miller
SHARE OBITUARY
© 2023 Finch Funeral & Crematory. All Rights Reserved. Funeral Home website by CFS & TA | Terms of Use | Privacy Policy | Accessibility